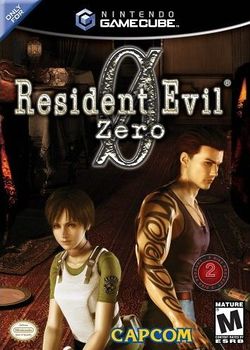 Released shortly after REmake to correlate with Capcom's new partnership with Nintendo, Resident Evil Zero follows a different formula from previous titles. The game departs from the standard solo player formula and introduces a new "partner zapping" system, where the player will be able to control two separate characters at the same time. These characters are Rebecca Chambers, Bravo Team's medic, and Billy Coen, an escaped convict; both of them can travel together, where the player controls one character while the computer controls the other, or search areas separately. Rebecca also has the ability to mix herbs (but she takes more damage) while Billy can handle large objects, use a pre-equipped oil lighter, and sustain more damage. Another departure from the Resident Evil formula was the disappearance of the item boxes, with the player having to drop items (at any time) and retrieve them instead.

The title takes place before the events of Resident Evil, and expands the storyline of Bravo Team and their conflict in the Arklay Mountains. The team soon finds an overturned military convoy a long with two dead soldiers... Rebecca soon disperses from the group and stumbles upon a suspicious train, the Ecliptic Express, and boards it soon after; at this point, the player assumes control of Rebecca, and the game then starts.