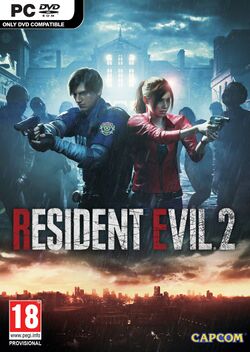 Resident Evil 2 (also known as Biohazard RE:2 in Japan) is a survival horror game developed and published by Capcom. A remake of the 1998 game Resident Evil 2, it features the original playable characters Leon S. Kennedy and Claire Redfield, as well as the other supporting characters as they attempt to escape Raccoon City after a massive viral outbreak. 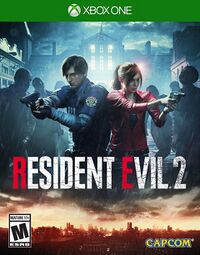 Capcom first gets interested of developing a remake of Resident Evil 2 after the successful Resident Evil remake for GameCube. However Shinji Mikami, the series' director didn't want a divert development away from Resident Evil 4. The game's approved development was announced at August 12, 2015 by the producer Yoshiaki Hirabayashi. Within almost 3 years of silence, a gameplay demos and announcement trailers were revealed during the E3 2018, revealing gameplay footages and new character designs. The game was released in January 25, 2019 for the PS4, Xbox One, and PC.