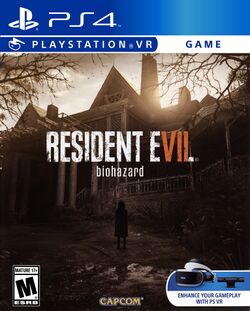 Resident Evil 7: Biohazard (known in Japan as BIOHAZARD 7 resident evil) is a survival horror video game developed and published by Capcom. The game was released on 24 January 2017 for the PlayStation 4, Xbox One, and PC then launching on Japan 2 days later after the initial release. Resident Evil 7: Biohazard was the first main game in the series to use the First-person perspective while also returning the series' survival horror roots.