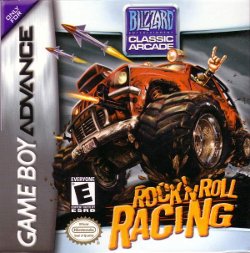 While the overall objective is to come in first at the end of each race, the drivers' cars are also equipped with weapons to blast the competition out of the way as well as special devices to give a temporary speed boost. Winning players earn money which can be used to purchase several different cars, and each can have its various features upgraded.