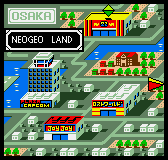 Osaka is where you will start your Card Fighter journey. There are five locations where you can play against regular competitors. In addition, each location has a boss competitor that must fight against and win at least once to earn one of the five special coins needed to reach Tokyo. You may challenge any competitor any time you like in any order. 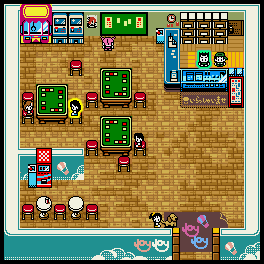 Joy Joy is a small shop south of Osaka. In both versions, it is the easiest card fighting venue, and a very good place to build a preliminary deck. There are two opponents to be fought here:

In addition, the upper-left corner of the shop has a Neo Carnival machine, from which cards can be obtained in the SNK version (it is broken in the Capcom version) - however, only one card can be picked from the machine at a time. If you want to pick another, you must first battle someone. 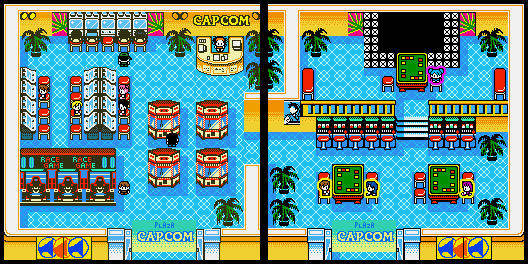 Plaza Capcom is a building on whose lobby is an arcade house dedicated to Capcom, as the name suggests. As such, players here mainly use Capcom characters. It is located west of Osaka.

There are four players to be beaten in Plaza Capcom:

The coin won in this place can be used in the slot machines at the second section of the building (where the card fighters are). By getting a triple seven, the player will receive 30 cards. However, it is more a matter of luck. In the Capcom version, the main hall contains a Crane Game (broken in the SNK version) from which the player can obtain extra cards, in the same manner of the Neo Carnival in Joy Joy. Actually, there are four Crane Game machines; the one with the cards is on the bottom left side. 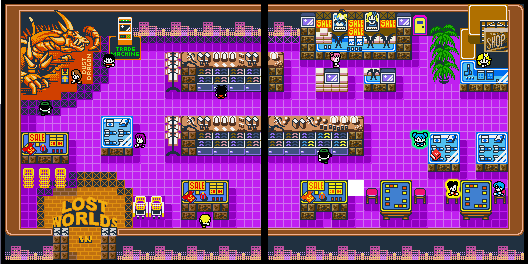 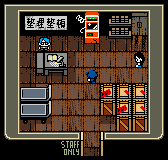 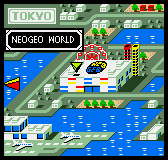