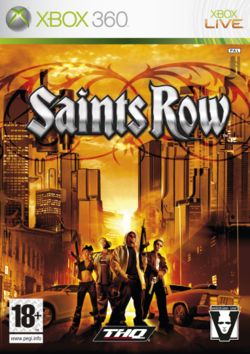 This guide is for the Xbox 360 version. For the mobile version, see Saints Row (Mobile).

Saints Row takes place in the fictional American city of Stilwater. The game starts with you almost being caught in the crossfire between two gangs. You're saved however, by Julius, the leader of a diverse gang called the 3rd Street Saints, one of the biggest gangs in Stilwater. Julius invites you to join their gang, and from there it's all about earning "respect" by performing a variety of criminal activities.