Before you continue on to the next section, it's been a while since you've had a chance to rest at an Inn and save the game. It's highly advisable that you summon Flammie, and fly off to somewhere like Matango in order to record your progress, and then fly back to resume your effort. 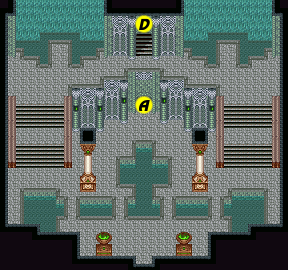 As you step into the first room, you'll encounter many new enemies. Heck Hounds are wolves that can summon any other wolf types. They are afraid of Lumina magic, but that leaves only one expensive 8 magic point spell that you can use against them. Doom Swords will cast elemental blade magic on themselves. Turtlances have a high number of hit points and like to charge at you. Gremlins like to attack with their frost breath, and by throwing their pitchforks. 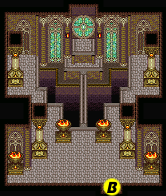 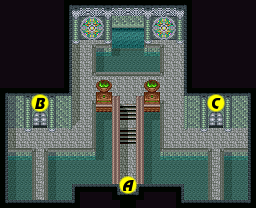 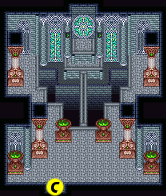 There are two exits from the first floor, one on the bottom, and one that's a flight of stairs up. Take the lower exit first. You'll arrive in a room with two Gremlins hovering above pools of water, making them indirect targets. To either side is a door guarded by a Heck Hound. The left door leads to an earthen room. Defeat the Doom Swords and the National Scar in the room to access a crystal orb in the back. Casting Analyzer on it will teach you that it's vulnerable to Gnome magic, so cast Gem Missile on it. You'll hear a sound and the orb will disappear. Similarly, the room on the right is gray. Cast Analyzer on the crystal orb there to learn of its vulnerability to Undine magic. Cast Freeze on it to make it disappear and open up a path elsewhere. Return to the first room of the Grand Palace, and climb the steps. Take the top exit, and climb the stairs. 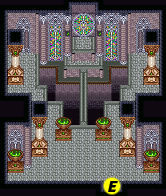 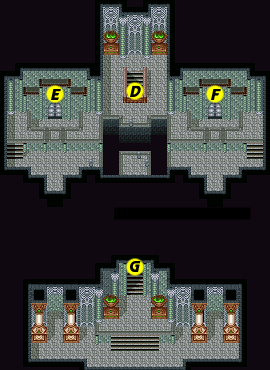 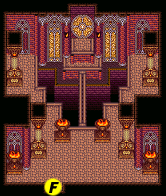 You'll be greeted by a pair of Gremlins. Clear them away, and switch your main character to the whip in order to grab the post below the screen and pull you across the gap. From here, there are two one-way posts. The post to your right can only be used to arrive on the platform you're standing, and the post to your left is what you must use to continue.

If you activated the crystal orbs below, a post in front of the door to the left should be lowered, giving you access to it. The room behind the door is just like the crystal orb rooms below. The orb here is affected by Sylphid magic. Cast Air Blast on it to activate it. Then head out and head down through the pathway that leads to a lower section of the floor. Run along the bottom to the right, ignoring the staircase in the center, and head all the way to the right side and back up. You'll reach another door with another crystal orb room. In this fiery room, Salamando magic is what's required to activate the orb. Cast Fireball on it, and you'll hear a sound. Exit the room. You can whip to the post on the left if for some reason you want to head back down to the first floor. Otherwise, return to the lower section of this floor, and take the staircase in the middle to the next floor. 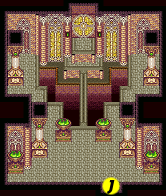 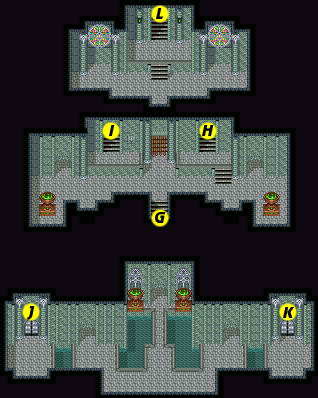 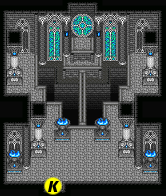 When you reach the next floor, you'll be greeted by two more Gremlins. A Turtlance awaits in either wing. There are a lot of options here to choose from. Start by taking the small ramp up to a flight of steps on the right. This will take you to a small strip on the next floor that will only lead to steps back down on the left. When you return on the left side, there is a switch on the wall for you to hit. You can hit the switch without going to the platform if you use a ranged weapon such as a Javelin. Hit it, and return back to the left side of the room.

Once you're back, head down to the lower section through either side. Before you explore any further, examine the bridge in the middle of the room. You'll notice a treasure chest there, and when you open it, you'll discover a Sword's Orb. The room beyond it is just a small empty room. Examine the doors to the left and right next. They are two more orb rooms. The orb in the room to the left is affected by Lumina's magic, so the only thing you can cast on it is Lucent Beam. Similarly, the orb on the right is affected by Shade magic, so cast Dark Force on it. Then return to the floor outside, and get back to the floor entrance. If you hit the switch on the wall, the gate to the upper section of the floor should be open. Pass through it, and climb up the stairs above. 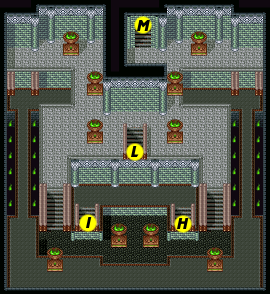 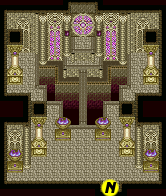 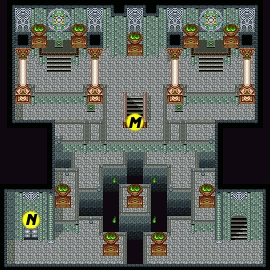 In the next floor, you begin stuck in the upper portion of it. In the upper left and upper right corners of the room you'll find switch tiles. Stepping on either one will cause a staircase to appear below you, giving you access to another switch. Stepping on that switch will cause a wall to slide down, giving you access to the lower left or lower right portions of the room respectively. From there, you must use the whip to grab the post below and pull you over the gap. You'll find a door in either lower corner. The door in the lower left leads to a crystal orb. Luna magic works on the orb, so you can cast MP Absorb.

The door on the right, however, does not lead to an orb. It's a staircase to the next floor. As soon as you arrive, you'll see a switch. Step on it and a tile will appear, giving you access to the center of the room. As soon as you step over it, the tile will disappear, trapping you there. 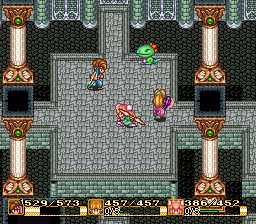 You are forced into a fight with a small lizard. The Snap Dragon behaves a lot like similar lizards that you've fought in the past. It's primary attack is to grab you with its tongue and chew on you for a while before spitting you out for a lot of damage. It also has a powerful healing spell. However, you can overcome that for the most part by dishing out Salamando spells, to which it is weak.

Overload the Snap Dragon with fire magic, and he should go down quickly. You'll obtain a Javelin's Orb as a reward, and a tile will fall in place below and to the left. You may not recognize this place, but you're actually standing in the entrance to the Tree Palace. If you take the bottom path, you will return to the outside where Jema is standing. Follow the left path to the staircase.

In the floor above, you'll find the Emperor standing before one of the Mana seeds. It may not be immediately apparent, but he is knocked out. The Sprite will notice that there's now an exit behind the altar. Fanha is waiting in the back. Fanha explains that they beat the Emperor. Then Thanatos appears just before Fanha transforms and attacks you. 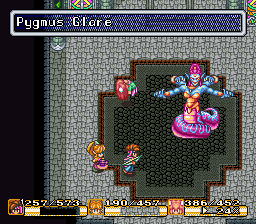 Hexas is a six-armed snake woman that resembles a Lamia. She has a variety of attacks, but merely touching her can do quite a bit of damage which makes attacking her directly difficult to do without hurting yourself. She's not weak to any particular magic either. She can cast Dispel Magic to remove any buffs that you may have casted on you. She can also do a Pygmy Glare which shrinks you. If this happens, cast Remedy or use the Midge Mallet immediately as both your defensive and offensive powers suffer tremendously in this state. She waits a bit between attacks, so your best bet is to direct everyone to charge up their weapons before attacking, in order to do maximum damage to her. The charged up attacks are nice because you can typically start your attack from further back than a basic attack, and still hit her. That puts you at less risk of accidentally running into her and getting hurt.

Once you defeat Hexas, you'll earn a Whip's Orb. A passage to the room behind will open. Pass through, and run up to the top of the room to step on a switch. You will then be transported to another place, and Geshtar will appear on his Mech Rider again. Only it's not truly Geshtar, but a puppet created by Thanatos. 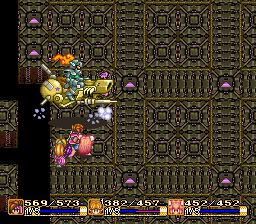 This battle will be very similar to the first two battles you had against the Mech Rider, but naturally more challenging. For one thing, it will cast Wall throughout the battle, making it difficult to use any attack magic against it. Oddly though, it tries to cast Speed Up on itself after casting Wall, causing that to reflect off itself and on to one of your characters for a bonus effect. It will still try to line up horizontally with any of your characters and charge them. But it can also choose to fly rapidly up and down, causing damage to anyone in the vicinity. Because the chance to use magic against it will be small (you never get an indication of when its Wall runs out) you're best off simply using charged up physical attacks against it. You'll have to time those right, and make sure you're hitting the right location, as not all of the bike is vulnerable to attack. Try to stay closer to the rider.

For defeating the Mech Rider, you'll earn a Spear's Orb. At that point, the place will begin to shake. Your characters will race out as the Mana Fortress is activated, and the Sunken Continent sinks once more back under the water.