Deployables are structures that can be called in by players to turn the tide of the battle. Some provide covering fire against enemy forces while others 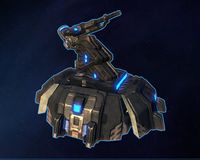 The Mini-Gun Turret provides covering fire against enemy infantry. It will fire on any enemy target that enters its sensor radius. It is weak against heavy firepower and enemy vehicles, for which the Rocket Turret is better suited.

The Rocket Turret is designed to take down enemy vehicles and deployables. While it will also attack enemy infantry it will ignore them if a bigger target is within range. 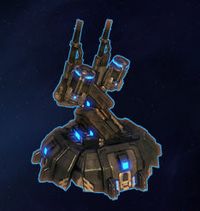 Anti-Aircraft Turrets protect a wide radius of protection and will tear apart enemy troops, deployables and vehicles dropping within their radius. The AA turret is less effective against drops near the edge of its radius and stops attacking once a target has successfully landed. For best results, AA turrets should be deployed in pairs.

Supply Depots repair damage and refill ammunition reserves and can also be used to customise or swap between loadouts, allowing players to rapidly adjust their equipment to meet the current threat while ensuring a constant supply of resources. 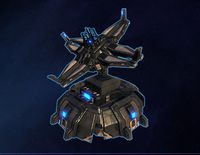 The Sensor Array detects enemy infantry, vehicles and deployables within its sensor radius. Detected targets will then be shown on the tactical map and mini-map unless they move out of range or destroy the Sensor Array.

The Outpost is a special deployable spawned for the Outpost Dynamic Combat Mission. It comes equipped with an AA Turret and Supply Depot (these are built into the unit itself and cannot be destroyed separately) but has no other offensive armaments of its own. The Outpost will remain on the map unless it is destroyed and provides an additional base for friendly forces to make use of. Unlike the bases built around the Control Points it cannot be captured by enemy forces nor can its AA Turret and Supply Depot be knocked out by the enemy. Once destroyed the Outpost can only be regained by completing the Outpost DCM again.