Oshu is the home of the young general Masamune Date. His greatest hobby when he's not at battle is horseback-riding, a pastime he excels at. With this, it seems only fitting that his stage is in the shape of a racetrack. Try to avoid this stage when playing as Yoshitsugu Otani or Tadakatsu Honda (with the inclusion of Sorin Otomo in Utage) if you're aiming for the Special Rewards, as they aren't capable of mounting horses. Being a race with only one sub-boss in between, this battle is one of the quicker ones of the game. Claiming camps is fairly easy here, as two are neutral to begin with (get to the sub-boss before Masamune and you'll come across a third neutral camp). The biggest challenge here would be facing the leading generals themselves. 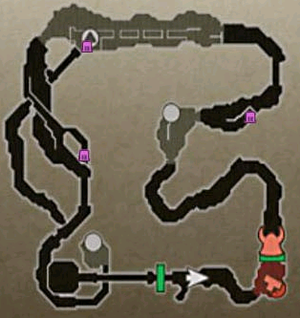 Oshu, a stage in the shape of a racetrack.

Start the battle off by defeating the first Camp Commander to claim the camp. The gate will open, and as soon as you pass through it, prepare for a race. Mount a horse and charge after the area warlord, Masamune Date. Dash whenever you can here, and smash through red crates for BASARA before Masamune can get to them. Using BASARA while on horseback results in a high-speed sprint on the part of the horse, so only use the gauge if you're falling behind; otherwise, save it for the upcoming boss. Avoid attacking the Azure Dragon for now. Your main focus here should be taking the three camps during the race. Simply land a hit on the first two in passing to take them. The final camp should be a bit of a challenge if Masamune is hot on your trail. Take the camp before he can touch it for a Special Reward, otherwise he'll claim it and you'll have a Camp Commander to deal with as well as another general. 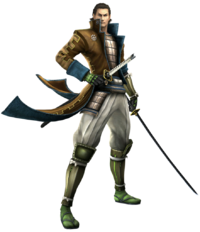 Masamune will now ride off, leaving his loyal retainer Kojuro Katakura to deal with you. Kojuro is anything but a pushover; his quick swordsmanship barely leaves any room for a counter on your part. Parry his attacks to slow him down until he uses his BASARA Art. The last thing you want to do is get caught up in this long and brutal special attack, so watch for it. Think of his speedy charges and lightning-inducing slashes as a sign of things to come; Masamune isn't all that different from his favorite general. Get through the frustrating battle to trigger a scene in which Kojuro mounts a horse to meet up with Masamune Date back at the beginning of the map, past the gate behind the point which you started from. Mount another horse and give chase.

With the right accessories, obtaining the second Special Reward shouldn't be too challenging; your new objective is to attack Kojuro before he can rendezvous with Masamune. Unlike the first race, getting ahead of your opponent is of no importance here. It's keeping up with him until his health is depleted that makes this second race tougher than the first. Fortunately, Kojuro doesn't attack back, and the samurai on horseback are of no threat to you when you're on horseback as well. Defeating him before reaching Masamune will not only earn you a reward, but also make the next boss battle a little less challenging. 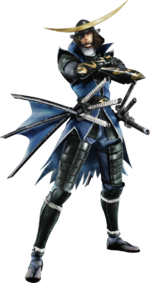 Hopefully, you've defeated Kojuro by now, or at least taken a lot of his health. It'd do you good to focus all efforts on the One-Eyed Dragon for now. If you've played as him already, you know how deadly he can be. With his Six Claws ready to be equipped, Masamune can deal a ton of elemental damage in one simple combo. On the plus side, the arena here is a lot bigger than the one you had to face Kojuro in. The possibility of being cornered is much less likely here, though you'll find that his battle style has many similarities to that of his good friend's. Like Kojuro, Masamune also has a long and devestating BASARA Art. If anything, the sub-boss should have prepared you for this.

As mentioned earlier, Masamune will occasionally wield his six swords in a powerful Super Art. When he does this, all Special Arts you've seen earlier are performed with six swords instead of one. These attacks are capable of taking away much more of your health, so get away from Masamune when you see him put his extra weapons to use. Play on Easy to see Masamune wield his default weapon, Kagehide, and play on Hard to give him a strong chance of using lightning damage with the Furious Dragon. If you run low on health and are in desperate need of BASARA, you can always mount your horse and smash some more crates on the racetrack. Masamune will be waiting patiently for your return.