Sekigahara: Schemes is the final stage on Kanbe Kuroda's green route and Keiji Maeda's red route. The final boss is Motonari Mori, the mastermind with a plan to keep Chugoku under his authority. 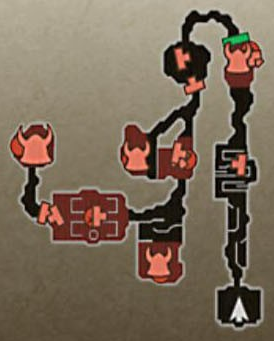 The first boss is Motochika Chosokabe, who guards the gate by the first camp. After opening the gate, Motonari will deploy the Solar Nexus, a large mirror that reflects the sun's rays in a dangerous way. It is steered by enemy forces, but you can have your troops take control of it by taking the three next camps. This is easier said than done, as Yoshihiro Shimazu and Yoshitsugu Otani are standing guard at two of them. However, taking these camps is necessary for one of the Special Rewards, which will be earned later. For now, take every available camp to the end of the map, where you'll find an angry Mitsunari Ishida. Once he's defeated, a gate will open to a hidden path where Motonari will be waiting. By this point, make sure you've defeated all Squad Leaders for a Special Reward.

Though Motonari is in clear sight, he's got one last trick up his sleeve: Motochika's Rising Sun. Get its health down low enough for your troops to hit it with a special attack. This is where the Nexus camps that you've taken come in: with your soldiers now in control of it, they're able to steer it right into the Rising Sun, finishing it off and earning you a Special Reward. Motonari now has no choice but to finally show himself. Considering all you've been through up to this point, he should be no trouble; just be wary of his traps. Defeat him to complete the stage.