Sekigahara: Zero Hour is the final stage on Masamune Date's, Tsuruhime's and Oichi's red routes. The final boss is Mitsunari Ishida, who has gathered an army for the sole purpose of getting revenge on Ieyasu Tokugawa. 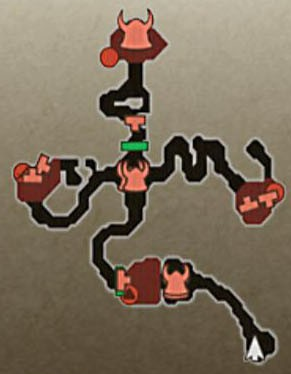 This stage is possibly the most difficult of the Sekigahara ones, especially if you're going it alone. The first bosses you face are Yoshihiro Shimazu and Muneshige Tachibana, together. With the power behind the both of their attacks along with their durability, the best you can do is not get cornered by them, keep strong combos coming, and don't get caught in theirs. Also avoid using too many Super Arts, as these may take a while to charge, giving the powerhouse generals an opening. The gate will open after both of them are defeated, but focus on taking the camp before moving on. At the next intersection you'll come across Yoshitsugu Otani and Kanbe Kuroda. It is important that you focus on taking out Yoshitsugu here for the first Special Reward. If you don't, he will move to the camp on the right and begin firing the incense cannon, forfeiting you the Special Reward. Either way, Kanbe moves to the camp on the left. Take both camps and defeat both generals to open up the gate.

By this point, make sure you've taken all camps and defeated all Squad Leaders. There is one camp left that Mitsunari is protecting; take it out for the second Special Reward. Defeat Mitsunari to complete the stage, thus unifying Japan under Ieyasu Tokugawa.