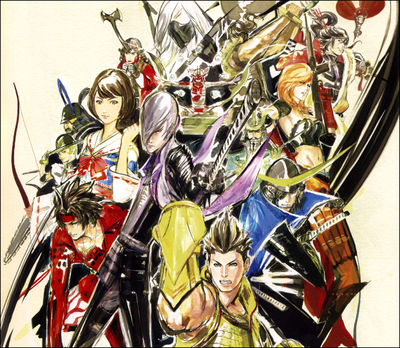 Once you've chosen a character in Heroes' Story mode, that character's quest through Japan will begin. You can decide which route the character takes by choosing battles, shaping their ending and the outcome of their actions. The blue and red paths are default paths, and the first to be unlocked. Green and purple paths are usually unlocked after clearing a character's story once. Try out all routes to experience alternate endings, encounter new generals, and unlock special weapons.