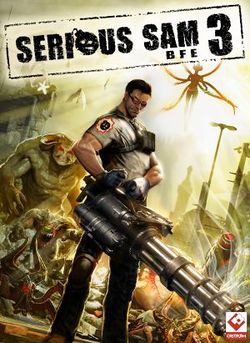 Serious Sam 3: BFE is the fourth installment in the Serious Sam series. It takes place before the events of Serious Sam: The First Encounter, where Serious Sam needs to reach the Time-Lock before Mental destroys Earth.

It was developed by Croteam, and released in 2011. It plays similarly to the first two games in the series, where the player fights against large swarms of enemies, although with less weight to the death traps found in The Second Encounter.