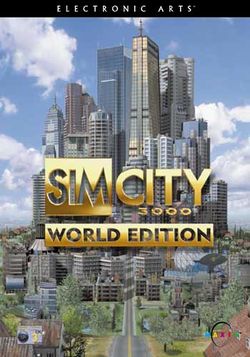 SimCity 3000 is essentially SimCity 2000 (SC2K) with several small features added and graphics updated to a standard appropriate for when it was published (1999). Some people consider SC2K to be a better game than SimCity 3000 since the two are essentially the same and because of SC3K's greater system requirements and gameplay issues. For example, SimCity 3000 Unlimited occasionally gives the player the option of hosting a parade, which gives a boost to the player's city. The animation for the parade lasts a long time, the game pauses during the animation with no option of skipping over the animation. Critics note other similar flaws.

A re-release, SimCity 3000 Unlimited, was released in 2000. Unlimited added, among other things, Asian and European building sets, a snapshot feature, an improved version of the Building Architect Tool (a very basic pseudo-3D design tool based on cubes), and scenarios (along with a creator based on MS Access).

The SimCity 3000 Unlimited edition was distributed with different titles in some places outside of the USA: