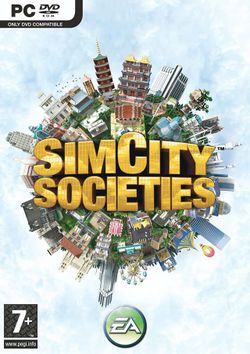 SimCity Societies is a city-building simulation computer game of Electronic Arts (EA) and is part of the Sim series. It was developed by Tilted Mill Entertainment and was released worldwide on November 13, 2007.

On June 5, 2007, Tilted Mill Entertainment, creator of Caesar IV, announced that it would be developing SimCity Societies instead of Maxis, which had created all preceding titles.

In response to poor reviews, Tilted Mill created several game updates that added new content such as disasters, buildings and game scenarios. The latest game update contains all the content from the previous game updates as well. The update will also be included on Destinations