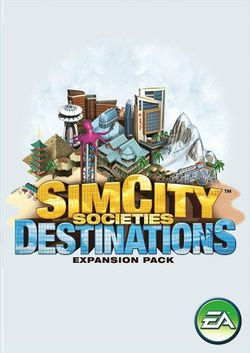 Electionic Arts announced the game on February 21, 2008 and released the following information.

"From unspoiled nature parks with campgrounds and hiking trails to tropical beach resorts with water sports and fine dining, from humble county fairs with hay rides and midway games, to sprawling modern theme parks with all the bells and whistles, you’ll build an entire city based on attracting visitors, and keeping them entertained and satisfied. Turn your romantic city into a tropical beach resort, your authoritarian city into a banana republic, or your meditative city into a spiritual gateway for the rich and famous. Create attractions that are high class or low brow or bizarre."