A zone with ancient buildings made of marble and an underground castle with spiky chandeliers. There is a lot of lava that can harm Sonic in this level. Certain bricks can be destroyed for points; sometimes up to 30,000 could be obtained, if the bricks are destroyed in sequence. 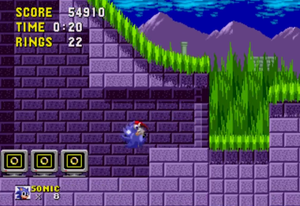 There's a secret room that Sonic can roll into to the left of a bobbing platform. In this zone, this becomes a pattern. 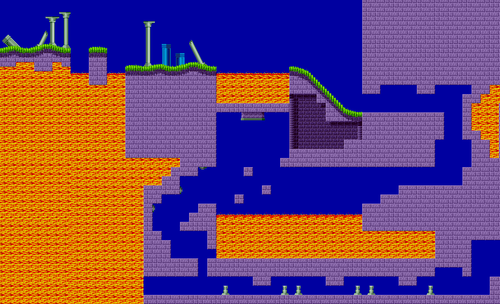 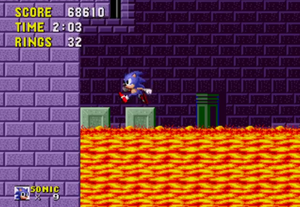 Walk into this wall to find a secret room containing a life. 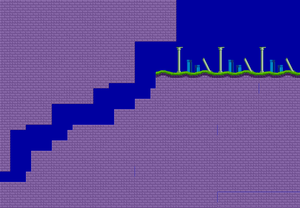 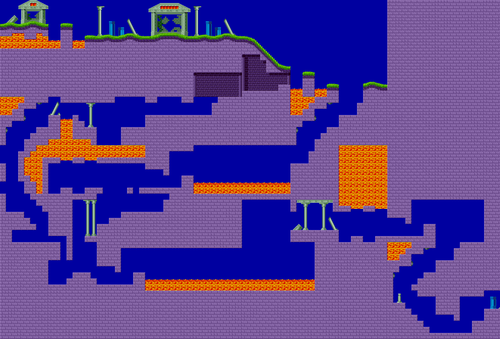 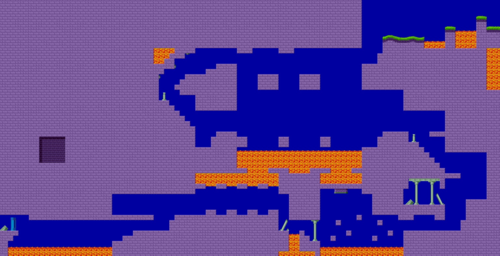 At the end of Act 3, Dr. Eggman attacks with an improvement to his craft that shoots fireballs on one of the two platforms Sonic can stand on, briefly setting it on fire. Start by nailing some hits on Eggman as soon as he floats by; he'll start by setting the left platform on fire, so make sure you're on the right. When the fire starts to fall off of the platform and Eggman floats toward the right, hit him once before leaping to the left. Continue this pattern to defeat him.