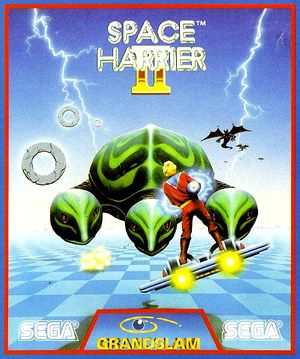 The home computer versions of Space Harrier II were published by Grandslam for the Amiga, Atari ST, Amstrad CPC, Commodore 64, MSX and ZX Spectrum in 1990.

Much like the home computer versions of the original Space Harrier (published by Elite Systems), each port undergoes cutbacks to better suit the hardware, but is largely the same game as the Sega Mega Drive original. No versions appear to have been released outside of Europe. 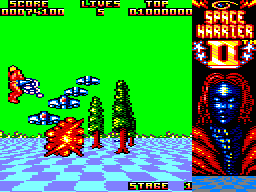 Unlike the version of the original Space Harrier produced for the Amstrad CPC which uses line art, this version uses fully drawn sprites. As a result, it looks closer to the arcade game, but the game suffers from a great deal more slow down. Features an image of the boss Medusa along the right side of the screen. 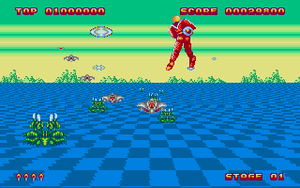 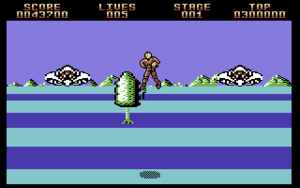 Very stripped down version, but closer to the more feature-complete American version of the original game, published on the Commodore 64 by Sega, than the original European version published by Elite. 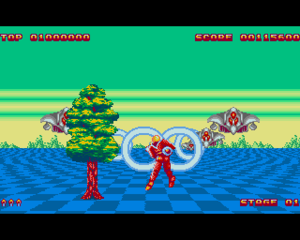 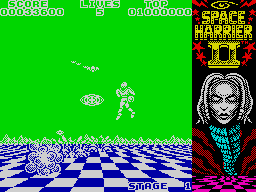 The ZX Spectrum version of the game uses 1-bit graphics for the sprites, resulting in characters composed of white pixels against a dark background. Music is not present and sound effects are minimal. Features an image of the boss Medusa along the right side of the screen.