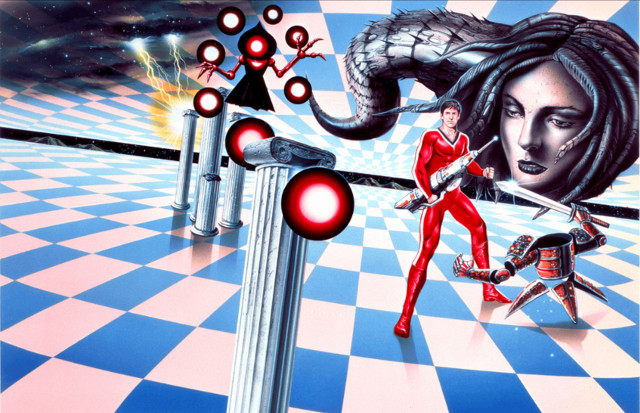 Like its predecessor, Space Harrier II is an entirely linear game. The only difference this time around, is that you are allowed to pick any of the twelve regular stages to be your starting stage. Once you do this, you must proceed from that stage to the next by reaching and defeating the boss of each stage in a fixed order.

The order in which you face the stages is prescribed. If you did not pick Stuna Area as your first stage, then you will roll around to it after you defeat Hot Palace. Once you have completed all twelve stages, you advance to the thirteenth and final stage. You are also treated to a bonus stage every time you complete five normal stages.

Each stage of Space Harrier is "on rails" and proceeds in a predetermined fashion. While you have the ability to weave left and right in order to dodge terrain, it is impossible to alter the order with which you encounter the various enemies in the stage. 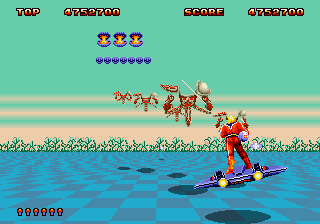