Gadgets can be used by Spider-Man by pressing

, and can be cycled through by holding

around the wheel (once others are unlocked/crafted). Upgrades for these gadgets can also be unlocked via crafting, allowing for higher capacity, range, and other advantages. Start by crafting fifteen upgrades that suit your preferences, then hold off until you've crafted all suits for the corresponding trophy, just in case you don't end up collecting enough tokens to craft them all (Challenge Tokens in particular can be difficult to collect, and collecting them all is necessary for crafting all suits and upgrades in the game).

Web Shooters are Spider-Man's default gadget, and while a single web shot doesn't do much damage on its own, rapid-fire web shots can severely incapacitate tough enemies (such as brutes). While enemies are able to break out of the webs eventually, when webbed up close to walls, enemies will be unable to move for the remainder of the battle. Enemies can also be thrown by holding

when webbed up (after the Web Throw skill has been unlocked, which can be found at the top of the Innovator tree). This can be paired up with other skills, such as Hazard Zone (which knocks down surrounding enemies in the windup of a throw) in order to effectively deal with crowds.

While the Web Shooters become somewhat obsolete once Impact Webs and Web Bombs are unlocked, the high capacity and short recharge time of the Web Shooters make this gadget a good backup in tough situations.

The Impact Web lacks the high capacity of the Web Shooters, but makes up for it in strength. One shot of the Impact Web is enough to web an enemy up, taking them out for the time being. If you feel the need to pare the number of enemies down quickly, Impact Webs are a good way to do it. As with Web Shooters, it is possible to stick enemies to walls if they are hit with an Impact Web in close proximity with a wall, though this is made easier with the Impact Web's ability to knock enemies back; this is a good way to deal with brutes, as a brute can charge at Spider-Man before he has the chance to web him up with Web Shooters.

If you're looking for more crowd control, the Web Bomb may seem like the superior choice, but upgrading the Impact Web gives it the ability to spread to enemies that come into contact with the initial target, making it a viable alternative.

The Spider Drone serves as a handy distraction, as it will come to Spidey's aid momentarily, shooting blasts of energy at any who come close to the hero. The Spider Drone is similar in purpose to Spider-Bro (the power assigned to the Stark Suit), though it doesn't last as long. However, there is an advantage in that multiple Spider Drones can be deployed at a time, giving Spider-Man a chance to recover against a crowd of enemies.

The Spider Drone is one of few gadgets not unlocked through story progression, instead becoming available to craft at Level 8 (with 1 Base Token and 3 Research Tokens).

The Electric Web is as its name implies, catching the target and any close by in a web of electricity. This is the perfect gadget for handling goons that are bunched up together, as one shot will stun them all. It becomes especially important when dealing with Sable agents, as their armor makes them resistant to all web attacks (rendering Web Shooters, Impact Web, and Web Bomb useless). Electric Web, on the other hand, both stuns them and removes their armor, softening them up for melee and if you desire, web attacks. Make sure to upgrade your Electric Web so that it has high capacity, as you'll want to have plenty handy when dealing with Sable bases, patrols, and outposts.

The final Electric Web upgrade improves its range, allowing for enemies even farther from the initial target to get caught in the web. 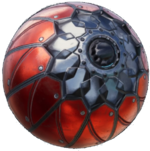 The Web Bomb, unlike the Web Shooters, Impact Web, and Electric Web, does not need to be aimed at any particular enemy. Simply throw it toward a group of enemies and watch for the web explosion, encapsulating all surrounding enemies in webbing. The effect of the Web Bomb makes it similar to the Impact Web, instantly webbing up the enemies that come into contact with it and subsequently allowing for Spider-Man to throw the enemies or stick them to walls. However, it has an advantage over the Impact Web not only in that it doesn't require precision, but in its crowd control capabilities.

Fully upgrading the Web Bomb gives it a greater range, allowing for even more enemies to get caught in a single Web Bomb, though take note that like the Web Shooters and Impact Web, the Web Bomb does not affect armored Sable agents. 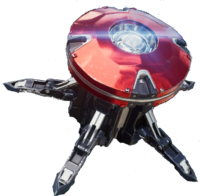 The Trip Mine is a gadget best used in stealthy situation, though it can also come in handy when enemies are rushing toward you. The Trip Mine acts as a proximity version of the Web Bomb, as shooting one at the environment will produce a laser; enemies that cross that laser will then be caught in webbing that zips them into the wall or floor, rendering them immobile for the remainder of the battle. When used in stealth missions, Trip Mines can alert enemies to your presence, but not your location, so take full advantage of it by incapacitating as many grouped up enemies as you can.

In battle, attaching the Trip Mine to enemies causes any enemy that comes near to be webbed toward that enemy, incapacitating them together. Knocking together ten pairs of enemies with the Trip Mine unlocks the "Hug It Out" trophy.

The Concussive Blast knocks enemies back with a massive sonic wave, spreading enemies out and away from Spider-Man. While this is generally a useful gadget for scattering enemies, it's most powerful when used upon rooftops, as it knocks enemies caught in the blast right off the edge of the building, taking them out of the fight.

Like the Spider Drone, the Concussive Blast is one of few gadgets not unlocked through story progression, instead becoming available to craft at Level 10 (with 2 Challenge Tokens and 6 Crime Tokens). 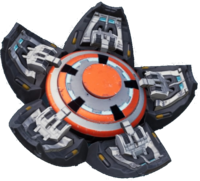 The Suspension Matrix quite literally suspends enemies caught in its range in mid-air, knocking them off their feet and stunning them in the process. This is useful not only for dealing with pesky crowds, but for setting up air combos, as enemies tend to be more vulnerable in mid-air (out of reach of their allies) than on the ground. Ordinarily, this does not affect brutes, but they can be suspended if the gadget is fully-upgraded.

Like the Spider Drone and Concussive Blast, the Suspension Matrix is one of few gadgets not unlocked through story progression, instead becoming available to craft at Level 25 (with 2 Base Tokens and 4 Challenge Tokens).