From StrategyWiki, the video game walkthrough and strategy guide wiki
< Spy vs. Spy II: The Island Caper
Jump to navigation Jump to search

When attempting to connect two adjacent pieces of the missile, you must put one piece on the ground, hold the other piece, stand over the piece on the ground, hold the fire button down, and pull the joystick down. This will cause the connected missile to appear on the floor, which you must then pick up. If you merely press the button, you will only drop the piece that you are holding. 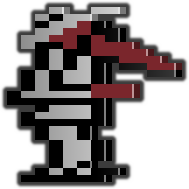 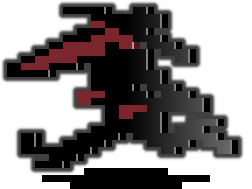 Each spy has the exact same mission. There are three pieces of a missile that each spy must collect for their side. They are hidden in various locations on a remote volcanic island. You must locate all three of them, connect them into one complete missile, and locate the escape submarine before your opponent does. You will have to run throughout the island, or islands, searching for the missile pieces. You can only hold one missile piece at a time unless you connect two or three of the pieces together. Don't try to find the submarine before you have the assembled, or you're likely to become shark food. Should the opponent get their hands on something you need, you have two choices: face them in hand to hand combat, or set a trap for them and knock them out of the game temporarily. But remember, you can also trip the traps that you set. And since both players' action are on the screen at the same time, your enemy might be spying on you! Use the map to get a feel for the layout of the island and where the pieces may be. The clock is ticking as soon as the game starts, and the volcano will erupt if you don't get off the island in time, so get going! 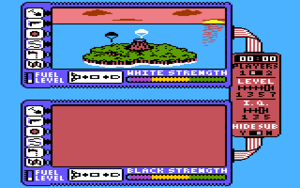 Before you start, as the spies are parachuting to the island, there are a number of selections that you can make regarding the complexity of the game. Not all versions will have exactly the same set of selections. The following are the most common:

In most cases, you can set all of these options with just the joystick, and press the fire button when you are ready to begin.

Regardless of level, there are three constants throughout the game:

The only way to win the game is to beat your opponent to escape submarine with the fully assembled missile, before time runs out and the volcano on the island errupts. The three missile pieces are:

You can only carry one solid missile piece at a time. The only way to carry more than one piece of the missile is to assemble it as you collect them. To assemble the missile, you must be holding one piece while standing on another piece on the ground. Then hold the fire button down while pulling the joystick down. A newly assembled missile piece will appear on the ground for you to collect. The only two pieces that you cannot connect are the two ends of the missile.

Once the missile is assembled, you must search for and locate the escape submarine, which may be stationed off either the east or west coast of the north-most row of the island. Swimming will slowly drain your health, and if you remain in the water too long, a green gilled Mud Sharks may appear to try and eat you. You can survive a few encounters with the shark, but you will also lose strength from drowning, so head back to the island as quickly as possible.