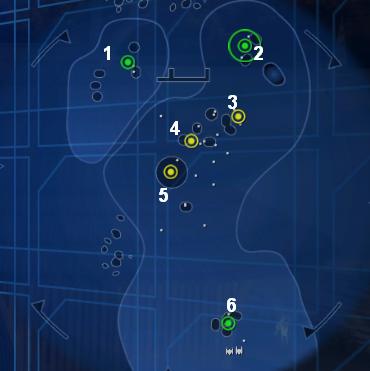 Spawn at one of the northern command posts (1,2) as either a super battle droid or a droideka. Move slowly toward the enemy CPs, but make sure you don't outrun your allies. Also, be sure to not let any enemy units sneak past and capture your command posts. After (or, as the case may be, if) you have survived the initial Wookiee onslaught, advance to CP 3. Be very thorough in your search of the area to make sure nobody hits your troops from behind later on. Once you secure CP 3, continue to the next two spawnpoints. It's highly unlikely that you will be able to take all three command posts; don't be discouraged if you only have two of them. Hunt down and destroy the remaining Wookiees.