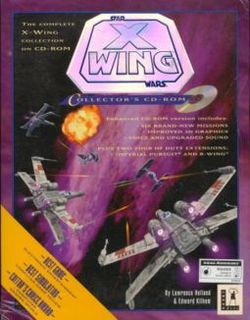 Star Wars: X-Wing is a 1993 flight simulation which was the first Star Wars computer game released in the 1990s and the starting point for the huge range of LucasArts releases that would follow. It's a 3D space combat simulator that places you in the role of a rookie Rebel pilot, allowing you to fly X-Wing, Y-Wing and A-Wing craft from the movies and eventually ending with the attack on the Death Star itself.

Praised for its realistic 3D combat, the game has much more emphasis on situational awareness and controlling your ship's functions than its main rival at the time, the Wing Commander series of games.