Follow the canal into the besieged city of Barons Hed. Once inside, find a way into the ruins that separate the terrorized populace from Jerec's new palace tower.

Mission Objective: Follow the canal into the besieged city of Barons Hed.[edit] 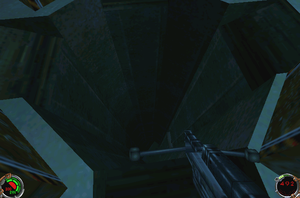 Secret Area 1/6: Swim to the middle of the basin and work your way into the supply pipe. Swim down to the cubbyhole.

Follow the bank to the main canal and stay on the right. Follow the bank against the current to the doorway. Follow the corridor to the next doorway and continue along the sidewalk to the bridge. Cross it and enter the room.

Go up the far slope and down the hallway, then onto the wooden ledge. Follow it to the end and enter the room on the left. Follow the slope down into the city.

Mission Objective: Jerec's palace is heavily guarded and blocked off by high walls. Find your way inside those barriers.[edit] 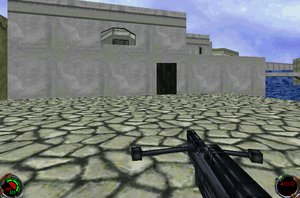 Enter the house up ahead to get into the next area.

Secret Area 2/6: Go up the stairs and into the room on the left. Blow open the crumbling wall with a detonator, then throw another into the same area to blow open a portion of the ceiling.

Cross over into the dining room and then into the hallway. Go down the stairs and follow the path straight ahead to the bridge leading over the canal. Cross it and go through any of the passageways into the marketplace. 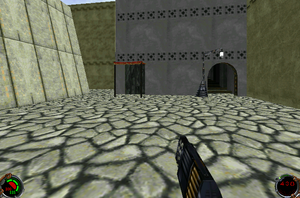 Secret Area 3/6: Go around the right side of the main market building to the one pictured and go inside. Blow open the wall. 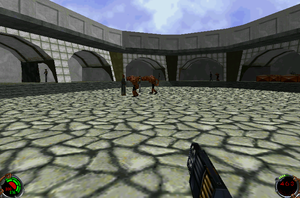 Turn right from the secret-area building and make your way into the plaza and take out all the enemies attacking the civilians.

Secret Area 4/6: There's a broken door laying up against a wall. Hit the activate key to bring it down. 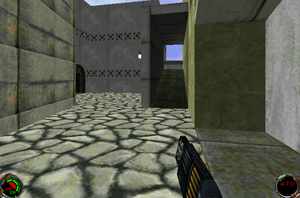 Head to the right and around to the ramp. Jump up onto the wall and then to the top. Jump around the corner of the building to the awning and save the people from getting pummeled to death. Jump through the window and go through the building, and then cross the bridge and follow the walkway to the end.

Secret Area 5/6: Head up into the restaurant (the building just ahead of the awning encircling the plaza). Push your way past all the people and blow open the wall on the left-hand side of the stage.

Jump up onto the wall and up again onto the top of the pillars. Circumvent the plaza and drop down onto the ledge on the far end.

Secret 6/6: Head down the ramp and to the collapsed bridge. Use Force Speed to gain enough momentum to jump up into the room above. 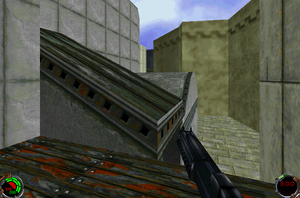