From StrategyWiki, the video game walkthrough and strategy guide wiki
< PC(Redirected from Steam)
Jump to navigation Jump to search

With the advent of the internet, many games are distributed digitally over the internet with no physical media. A number of storefronts have focused on the sale of PC games.

Direct2Drive is a video game and entertainment distributor and retail store operated alongside its FilePlanet service by IGN and GameSpy since 2004. Rather than selling physical inventory, the site provides online-only distribution of computer games, movies, anime, TV and comics using the Direct2Drive Download Manager, and allows customers to re-download purchased materials on demand.

GameTap was a subscription-based video game service by Turner Broadcasting System (TBS) available for Windows, Mac OS X (Intel only), and web browsers; the Mac version does not have access to the Windows games, and the web-based version currently only supports a small number of arcade games. Dubbed by TBS as a "broadband gaming network", the service provides subscribers with the ability to play hundreds of games and view game-related video content for a flat monthly fee of US$9.95. 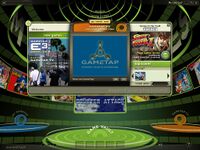 GameTap launched with over 300 games and this number has since grown to over 1000. New games are added weekly.

Subscribers have access to the entire library; there is no per-game fee. Games cannot be purchased, and are automatically deactivated when the user unsubscribes from the service. Games can be installed on any number of computers, but can only be played simultaneously on two computers per user. Users must have a broadband connection, and cannot play GameTap games while disconnected from the Internet.

Most multiplayer games can be played by two users on the same computer. A limited number of games support online multiplayer.

Besides Windows and MS-DOS titles, and emulation of original arcade machines, GameTap also emulates classic home computers and consoles including:

While GameTap in its original conception contained only older licensed games and ports from legacy consoles, plans for games released primarily on the service have been mentioned. One of the most well-known of these as of November 11, 2006 is the previously-cancelled Uru Live service. 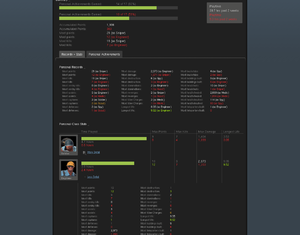 On September 12, 2007, Valve released the Steam Community; a new system allowing gamers to have their own page in the community and network socially with other gamers. The system allows gamers to have friends, belong to groups, and compare their game statistics to others'; recent Valve games such as those in The Orange Box have integrated statistics systems which detail many aspects of a player's scoring online. As well as being able to view statistics through Steam, people can also view people's profiles and statistics through a web browser.

The Steam Community update also introduced new features to the instant messaging system in Steam, including voice and avatar support, as well as more useful notification of a contact's game status and support for multi-user chats.