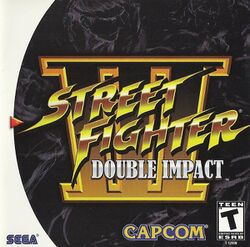 Beat Shin Akuma in Arcade mode once. Then highlight Akuma on the selection screen, press and hold Start, and press any button to select.

Highlight Option on the menu screen. Press and hold the

triggers, and press Start. On the Options menu, keep

pressed, highlight the following options and enter the codes:

If you did it properly, though, then after inputting the last code, a new option called "Extra Options" will appear. Note that doing this code in 2nd Impact won't enable it in New Generation; you have to input the code in each game in order for it to be usable in both games.