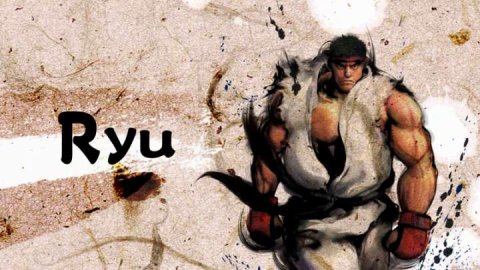 Ryu is the definition of the lone-wolf street fighter. His stern determination to become a master of his fighting style has inspired many fellow martial artists. His training is his life and he will do whatever it takes to perfect his technique.

When Ryu was a boy, a master martial artist named Gouken adopted him. The young boy grew under Gouken's care, learning his unnamed fighting techniques with his best friend and fellow student, Ken Masters. Once Ryu turned 23, Gouken deemed him ready to leave the dojo and test his skills against the best fighters in the world at the first World Warrior Tournament. Ryu won the contest, but the championship fight with Sagat, the Emperor of Muay Thai, was brutal and released dark power called the Satsui no Hadou from inside the warrior. Though he came out victorious, Ryu was still troubled by the experience and became unsure about his own powers. It is only after the comforting words of his best friend that Ryu began to understand that there is still much he has to learn about himself and his fighting style.

The Satsui no Hadou, or Surge of Murderous Intent, is similar to M. Bison's Psycho Power and Ryu strives to avoid using it at all costs in order to keep true to his sensei's peaceful teachings. But there are those who wish to use Ryu and harness the power of Satsui no Hadou for themselves, including the CEO of S.I.N. and head of the new tournament, Seth.