From StrategyWiki, the video game walkthrough and strategy guide wiki
< Streets of Rage
Jump to navigation Jump to search 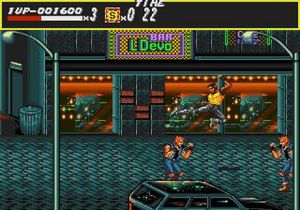 Sega ported Streets of Rage to arcade cabinets using both their Mega Tech and Mega Play arcade boards, the difference being that in the Mega Tech version you pay for time, not credits. 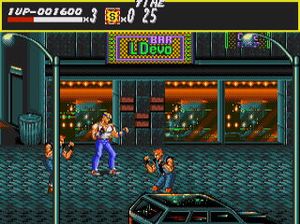 The original 16-bit release of Streets of Rage in 1991. Contains all original content. 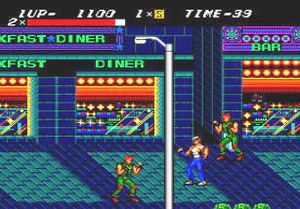 Also released in 1991, similar to the Genesis version but with poorer graphics. It also features an exclusive Stage 6 boss not found in any other version. 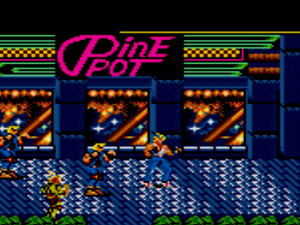