After launching the game (either booting from floppy or by other means), you have a choice of a single-player race or multiplayer game.

The single player option places you in a league where you need to eventually win in Division I. You also have the option to practice on individual tracks among the four divisions. 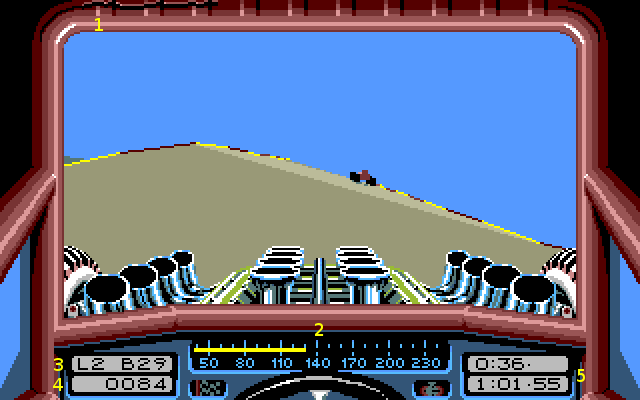