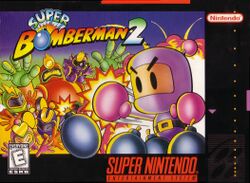 Five evil cyborgs, called the "Five Dastardly Bombers" are bent on taking over the universe. On planet Earth, they capture the original Bomberman, take him back to their base, and place him into a prison cell. He awakens in the dungeon of Magnet Bomber, and must fight his way to a final showdown with Magnet Bomber himself. In the following four worlds, Bomberman will challenge Golem Bomber, Pretty Bomber, Brain Bomber, and their leader, Plasma Bomber in an effort to save himself and free the Earth of these alien invaders.