Fire spurts from above and below in a bizarre lava-dripping dungeon. All of the Podoboos that you've encountered in the past have bubbled out of lava lakes. In this fortress, they drop out of the ceiling as well!

Lakitu is back, and he's ready to challenge you on his home turf high in the sky. Even if you're Raccoon Mario, you won't have enough room to fly in this world. The key to getting through here alive is holding down

and dashing past Lakitu.

Keep a brisk pace in this platform-climbing expedition, or you'll fall from the clouds. This is another of the most challenging worlds in Super Mario Bros. 3. You must be in complete control of Mario to master the moving lifts here! You will begin in the bottom left of the following map and work your way to the upper right. 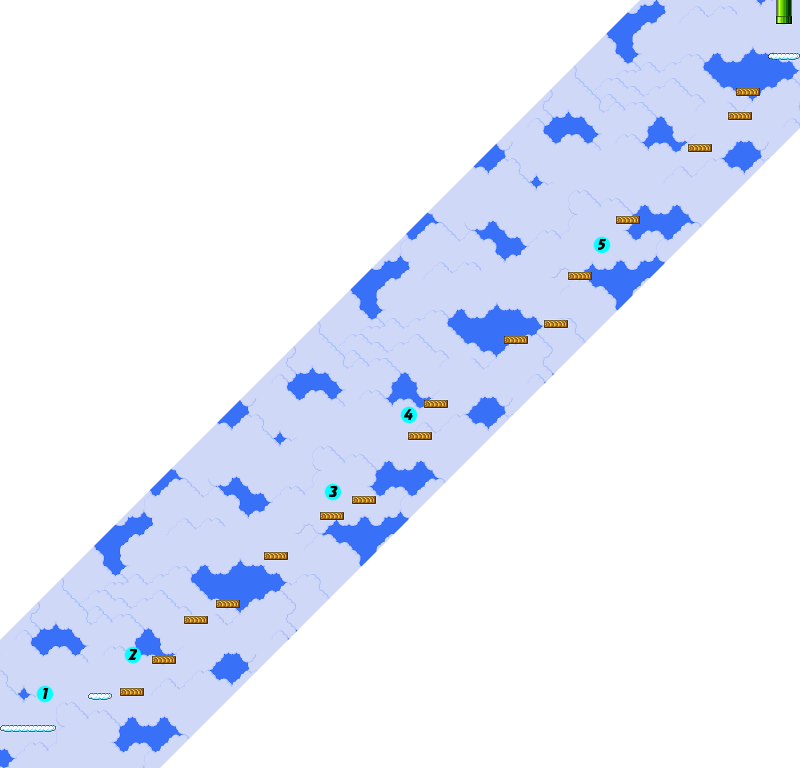 Roy Koopa commands his airship to unleash a hail of lead. Find out if you can dodge bullets. Roy's Airship more than meets the standards for Koopaling design, with lots of cannons and Bullet Bills. 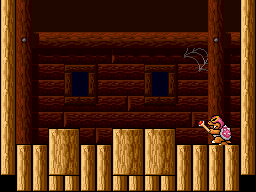 Roy's a big boy. So big, in fact, that the ground shakes when he walks. He'll try to throw his weight around, but don't be intimidated by the sheer size of the bully—you can defeat him just like any other Koopaling.

No more troubled skies, Mario is on the artic Ice World. Entire armies of Koopas and Munchers have been frozen by the sub-zero temperatures there, and every surface is coated with ice.