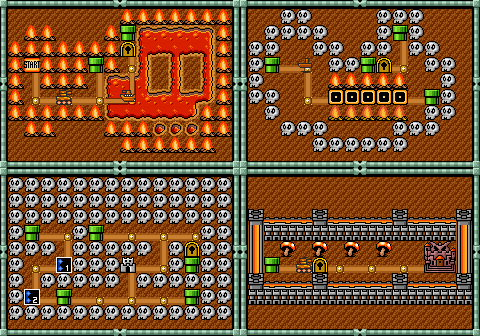 Eight worlds of blood, sweat and tears boil down to a final assault on Bowser's menacing Castle. It's been a long and difficult fight, but you've made it to Bowser's creepy looking Castle of Koopa. A long time has passed since Mario and Bowser first met. You've seen how Mario has changed since then—now find out how time has treated Bowser!

The King of the Koopas has barricaded himself in the bowels of his grand castle. Innumerable traps guard every approach to Bowser's throne room—use every technique you've mastered to reach the final confrontation.