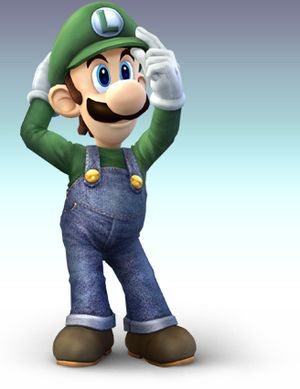 Luigi Needs to be unlocked.

The King of Second Bananas has appeared as his veteran self in the latest Smash Bros. Edition, with one crazy final Smash.

It only takes three perfect Super Jump Punches to KO most characters – fewer in some cases – and it is significantly more powerful than any of his Smash attacks. As soon as you see a character with 75% damage or more, try your hardest to hit them with it. If they're in a huge mob of people, jump into the battle and shield, dodge, or roll until you see a chance where you can KO them before your opponents do. The Super Jump Punch is very fast at executing and will execute faster than any other attack that powerful in the entire game. Making it one of (if not the) most dangerous moves in the game. 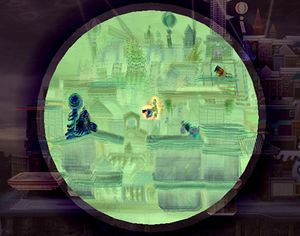 Negative Zone: Luigi dances around and projects a circular field around himself that inflicts random status effects on any opponent that enters it. Those effects are:

During the attack, enemies are left weak and exposed to Luigi's attacks. Recommended attacks include Luigi's Super Fire Punch and charged smash attacks. But pretty much anything (even his Down Taunt!) has the potential to be lethal.