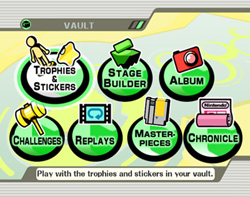 The Vault is the menu area where trophies, stickers, snapshots, replays, and masterpieces collected in the game are stored. This area also contains the custom stage editor, Chronicle list and the Challenges screen. 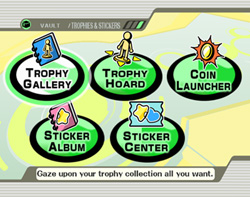 Trophies are prizes received during the game that have explanations or descriptions about the person or object that is in the trophy. Stickers are more common rewards for accomplishments, but they can be used to increase the power, resistance, etc. of a character in Subspace Emissary mode. 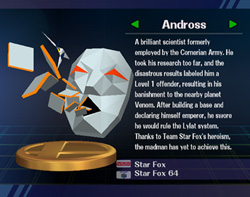 Here you can see your trophy collection and read the descriptions of the trophies. It's the same as in Melee except that it doesn't say what year the character's games came out in. 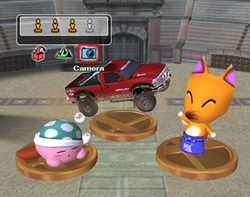 In here you are able to arrange your trophies and make funny snapshots that you can save in your album. 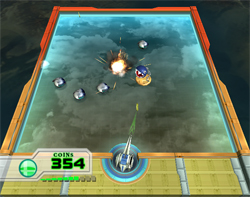 In Super Smash Bros. Melee, the player used the Lottery mode to win trophies. The Lottery mode has been replaced with the Coin Launcher mode in Brawl, a mode in which the player fires coins collected in the game to get rewards. Enemy units appear in groups, and are destroyed when struck with a fired coin. Destroying an entire group sometimes yields a reward; either a sticker or a number of coins (10, 20, 30, 40, 50). As enemy units are destroyed, a bar in the lower-left hand corner fills. When the bar is full, the player's rate of fire vastly increases for a temporary time, and the bar resets afterward. Trophies also appear, and are collected upon being struck by a number of coins (2, 3, or 4). The number of shots required to collect the reward depends on the specific trophy. Obstacles such as pits and coin-reflecting orbs also appear to hinder the player's progress. 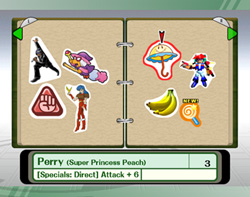 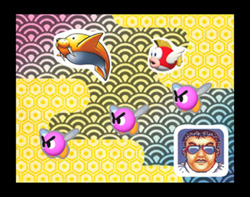 Arrange your stickers to create snapshots. It is similar to the trophy hoard but with stickers instead of trophies. 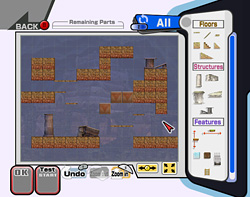 Now you are able to create your own stages to battle on. You can put music, background and of course the structure of the stage (platforms, traps, floor, etc). And you can even submit via Wi-Fi your stage to Nintendo or receive the best created stage of the day.

How to unlock hidden parts 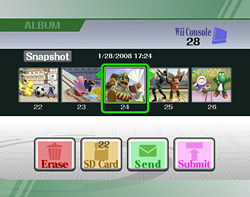 In the album you can see every snapshot you've taken or received via Wi-Fi. Those can be from a fight, a trophy hoard, or a sticker center. 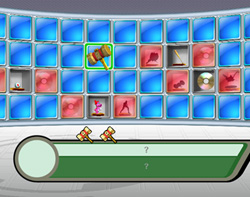 The challenge mode gives you hints to unlock rewards you haven't obtained. If you unlock one single thing, the two squares on the sides will become visible but in red. If you pass the cursor over these red squares you can see what to do to obtain your prize. There are five golden hammers (Acquired from completion of specific other squares) that you can use to break almost any square, but they are limited so try to use them only with rewards you can't beat. Golden hammers cannot break squares requiring completion of Boss Battles mode on a certain difficulty or number of times. 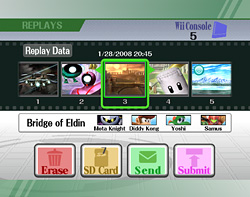 You can save up to three minutes of game play. You can record your brawls, home-run contests, target smash, and multi-man brawls. 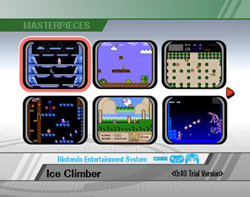 Play demos of the original games of some of the playable characters of this game:

There are some Masterpieces to unlock.

All demo games have a time limit which should be on the game you choose to play. 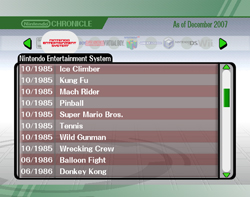 This is simply a library with almost every title that Nintendo has published. You can fill the chronicle obtaining stickers related to the game, but some will only appear in the very end of the game.