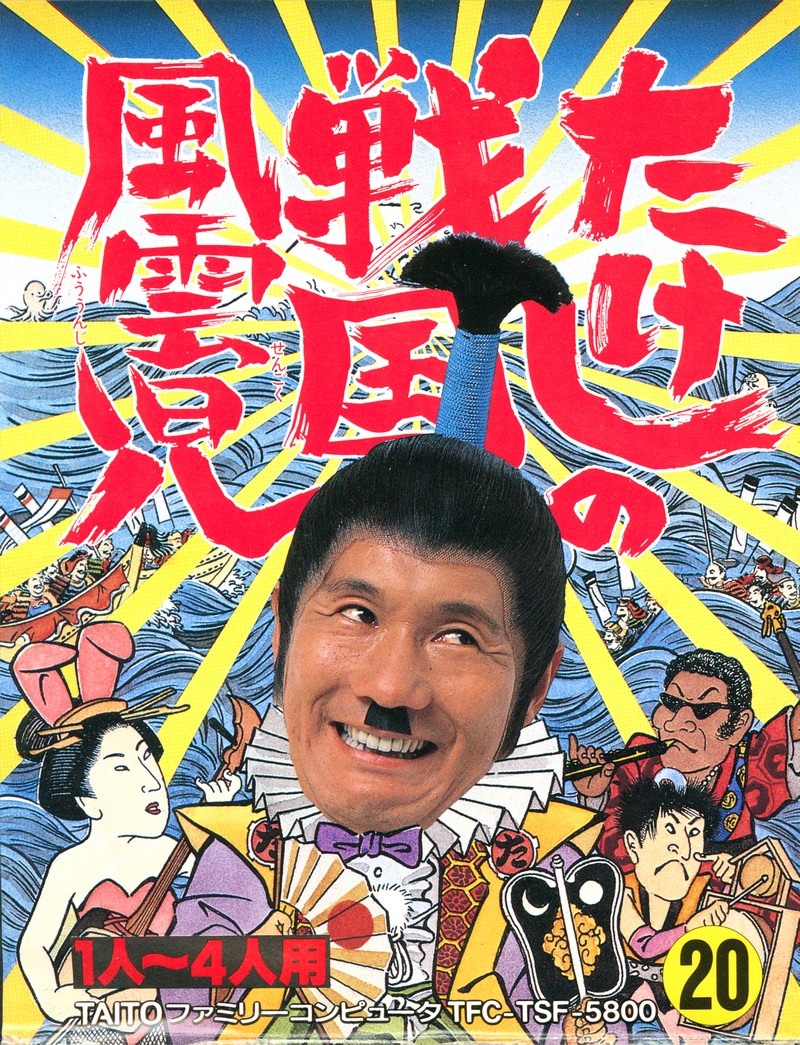 Takeshi no Sengoku Fuuunji (たけしの戦国風雲児, Takeshi no Sengoku Fuuunji? lit. Takeshi: Lucky Sengoku Adventurer) is a board game simulation developed for the Famicom by Taito and released near the end of 1988. It stars Japanese comedian-turned-actor "Beat" Takeshi Kitano, who first appeared on the Famicom in the parody game Takeshi no Chousenjou. Similar to the Game of Life, players move around a board earning money and occasionally encountering events such as a minigame - in which the player can increase their wealth should they succeed - or a penalty. The game has a Sengoku era theme running throughout, from its samurai characters to the tattooed gambler that rolls a dice for determining how many places a player can move around the board that turn.

Beat Takeshi appears frequently while the game is being played dressed in traditional Sengoku era clothing. The game is presumably in reference to the TV show Takeshi's Castle, which also starred Beat Takeshi and had a Sengoku era theme.