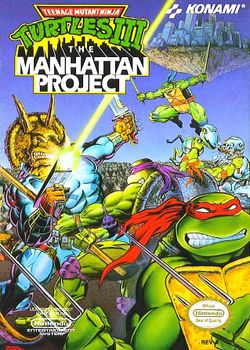 While vacationing at a beach in Key West, Florida, the Turtles see April's latest news report on the escalating crime statistics. The network's signal goes out during the broadcast, and Shredder appears on screen with a message directed at the turtles themselves. He raises the entire island of Manhattan skyward above New York and takes April hostage. Seeing this, the turtles return to Manhattan to rescue April and defeat Shredder.