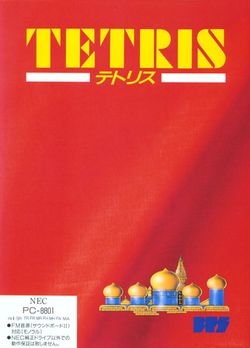 Tetris (Russian: Те́трис, pronounced [ˈtɛtrʲɪs]) is a Russian tile-matching puzzle game, originally designed and programmed by Alexey Pajitnov. Bullet Proof Software's version was the very first commercial release of Tetris in Japan. It was published in 1988 for several popular Japanese computer platforms, including the Fujitsu FM-7, MSX2, NEC PC-88, NEC PC-98, Sharp X1, and the Sharp X68000. However, BPS did produce one version for console; the Famicom version.

The first versions of Tetris created by Bullet Proof Software were infamous for their unusual control scheme, particularly the Famicom version. Instead of using a fire button for the rotation button, rotations are performed by pressing down on the joystick or control pad. Instead, pressing a fire button causes a hard drop. Players who try this game for the first time and are familiar with more traditional control schemes have a hard time playing initially while they adjust to this format. BPS adopted a more traditional control scheme with subsequent releases of Tetris.

All of the home computer versions are extremely visually similar. The game begins with a level selection screen that is presented over a map of Russia. Players can choose their starting level, as well the height of a starting set of "garbage" lines that need to be cleared out. Finally, the player is given a selection of three choices of background music, a feature that would be popularized and become standard in many future releases of Tetris. 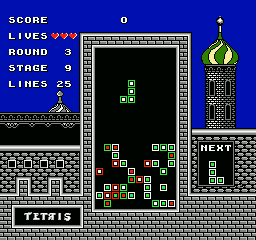 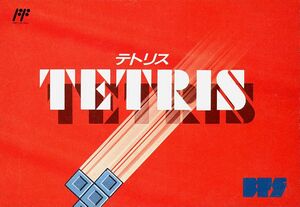 The version of Tetris that was released in Japan for the Famicom is considerably different from the version of Tetris that was released for the NES around the rest of the world. Developed by Henk Roger's company Bullet Proof Software, it retains the unusual control scheme which makes it one of the least enjoyed conversions of Tetris for the hardware (including the unlicensed Tengen version.) In addition to the controls, this version of Tetris is also unique for having "lives" that the player must run out of before the game comes to an end. The player is required to complete 25 lines before advancing to the next level.