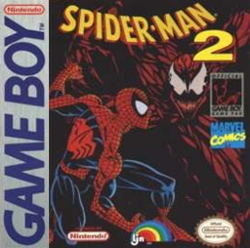 The game's story involves a collection of supervillains (Hobgoblin, Lizard, Graviton, Carnage, and Mysterio) who have framed Spider-Man for a bank robbery. He must survive several side-scrolling levels, battling various thugs and supervillains in order to clear his name.