The Godfather: The Game/Brooklyn Drug Front

From Nassau St. go up to the doorway of the front which is blocked by a brown door on its side. There will be several Tattaglias in the room. Shoot the explosive barrels first, then kill all the rest of the enemies you can from that position. Then go into and down the alley on the left until you reach the end where you will find a window leading into the building. Shoot out the glass, then crouch under the window and kill any remaining Tattaglias that you can from there. 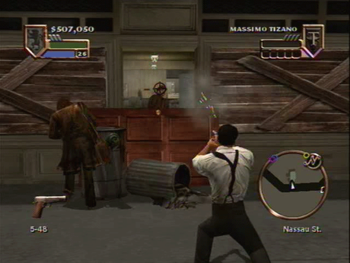 You'll be able to take out a lot of enemies from here, before you even enter the building 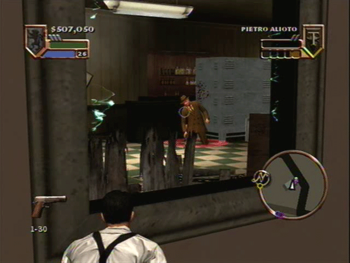 Kill whoever you can through the window

Then vault through the window into the building. Head to the right and take cover behind the green crouch. You should see some enemies coming towards you from the kitchen ahead. Kill them, then head towards the kitchen, but instead of going in there, make a left, then a right into the bathroom. There you will find the hidden moneybags. 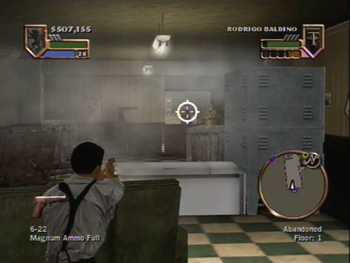 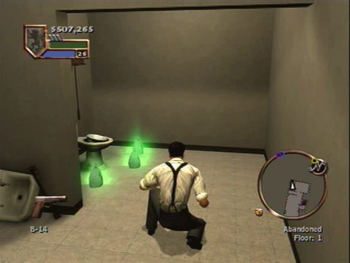 Go into the bathroom to find the hidden moneybags

Now come back into the big room. In the middle of the room, to the left, between several wooden crates is a doorway leading to stairs. Take cover on the wall to the left of the stairs and wait a few seconds. The wooden crates at the top will be blown up and an enemy will come running down the stairs. Kill him before he gets to you. Now go up the stairs and take cover behind the couch on the left. Kill all the enemies in the room. Then plant the bomb, run down the stairs, then straight ahead and out the window. 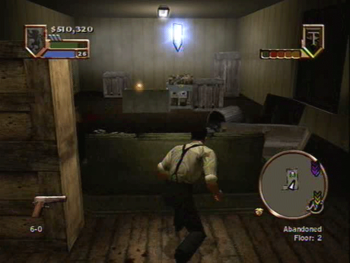 Use the couch for cover to kill the last of the enemies, then plant the bomb and get out
Retrieved from "https://strategywiki.org/w/index.php?title=The_Godfather:_The_Game/Brooklyn_Drug_Front&oldid=202462"
Hidden category: