The Godfather: The Game/Knock Off Leon Grossi

Leon Grossi is a Stracci Capo who is picking up the remains of Ottaviano's business. He's decided to go the direct route by bombing the Corleones out of business in Hell's Kitchen. Get to Leon first and stop him before he starts a mob war. 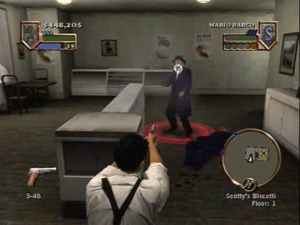 Kill the men behind the counter

Go to Scotty's Biscotti to find Grossi. Be careful because there are two Stracci hiding behind the counter in the front room, and a third who will run out as soon as you enter. Go into the bakery and kill these three men from across the counter. 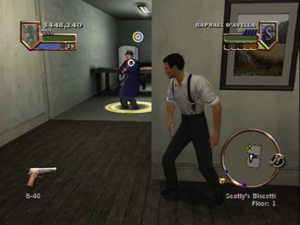 Use this wall for cover to kill Grossi's guard 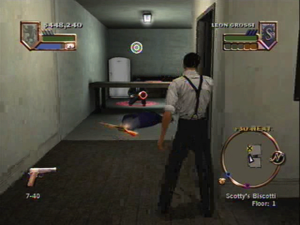 Then shoot Grossi in the knee

Then take cover behind a wall so that you can peer into the back. Use the cover to kill Grossi's final guard and then to shoot Grossi in the knee. 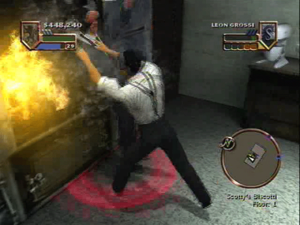 Cooked flesh? It's not just gross it's Grossi!

Now go up to Grossi and beat him until his health is low. Stand him up, drag him to the furnace, and throw him in.