Before you are allowed to begin the game, you must prove that you have the materials that came with the game. As if people who copied the game disk weren't capable of also copying the piece of paper with the symbols on it. In any case, before you are able to get into the game itself, you must find the island given a certain symbol. 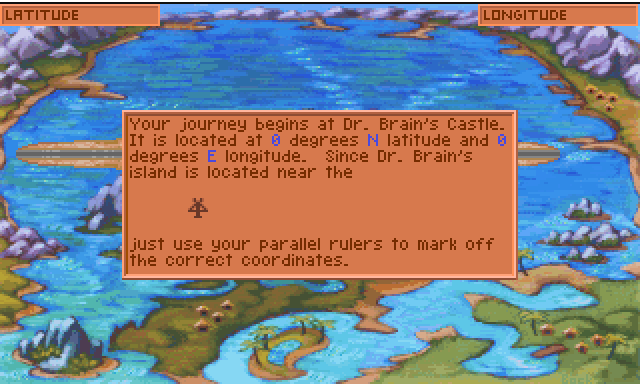 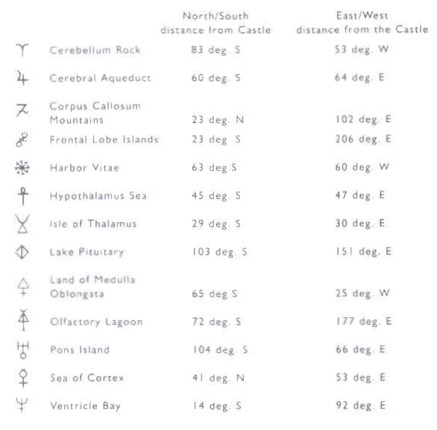 If you'll notice, the map looks somewhat like the cross section of a brain and each location is named after a brain part. The locations on the map will correspond roughly to that of their eponyms in a brain. For instance, the Harbor Vitae is located over the cerebellum, which houses the Arbor Vitae. Knowledge of brain anatomy is not essential, however, as the exact coordinates are given. Simply align the latitude and longitude lines on those given. The two lines will cross where the island is hidden. To land on the island, move the crosshairs to where the two lines meet and click. You will see an animation of a plane taking off out of the castle and dropping you off wherever you clicked. If you were correct, you will land on an island that appears where you clicked. If you are wrong, you splash into the ocean and be given another try.