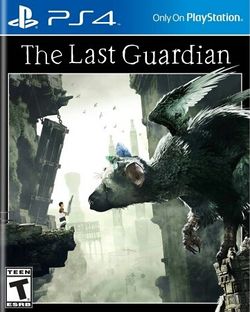 The Last Guardian (人喰いの大鷲トリコ, Hitokui no Ōwashi Toriko?, lit. "Trico, the man-eating eagle"), previously referred to by the working title "Project Trico", is an upcoming game developed by genDESIGN and SIE Japan Studio, to be published exclusively for a presently-unknown platform by Sony Interactive Entertainment. The title is being designed and directed by Fumito Ueda, and is expected to share stylistic, thematic, and gameplay elements with his previous titles, Ico and Shadow of the Colossus, though it is unknown whether it will be directly related to either. The Last Guardian was originally given a late 2011 release date internationally at the 2010 Tokyo Game Show, but has since suffered numerous delays, with no release date currently announced. 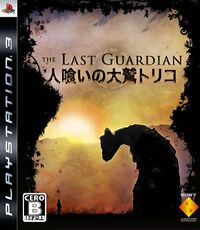 The Last Guardian's story follows that of a yet-to-be-named boy who is trying to escape from a setting resembling the ruins of a large expansive castle. The game will revolve around the developing friendship between the boy and a giant, feathered creature resembling a griffin named Trico (トリコ, Toriko?). The name of the creature can be taken to mean "prisoner" (虜, toriko?), "baby bird" (鳥の子, tori no ko?), or a portmanteau of "bird" (鳥, tori?) and "cat" (猫, neko?). Trico has spears and arrows stuck in its back, and is initially bound to a chain. Later, it is freed and is shown attacking an armored soldier. Screenshots, along with the E3 trailer, show the boy attempting to sneak past and attack other soldiers. Trico will at first be hostile toward the boy, but during the course of the game, the two will develop an emotional attachment to each other. Ueda suggested there may be similar creatures like Trico in the game, but could not confirm this.