The Legend of Zelda: A Link to the Past/Light World

Hyrule Castle
There are rumors of underground passages that are said to lead to and from Hyrule Castle. When the castle was overrun by hostile forces, the royal family reportedly used them to escape.

During Link's time, the vast Light World included a variety of terrain and climates, ranging from a desert in the southwest to a swamp in the south to foreboding mountains in the north. Society centered around Hyrule Castle, near the center of the land. Bridges and well-traveled paths connected the different areas, and innkeepers, shopkeepers, blacksmiths, and lumberjacks plied their trades in Hyrule, much as they did in neighboring lands at the time. 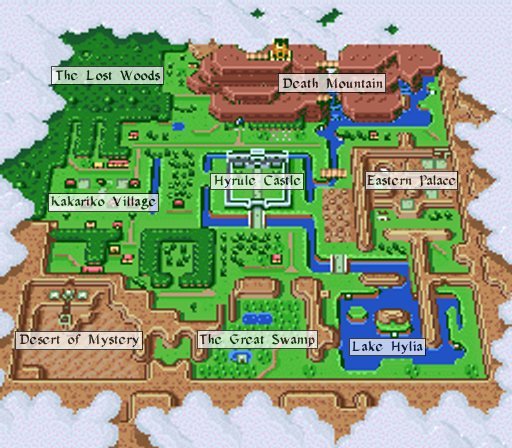