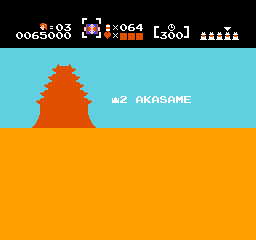 Akasame's castle town is divided into two segments with bits of forested wilderness in between. The Tengu air demon makes his appearance known by arriving in a great whirlwind and attacking you with gusts from his fan. And fire breathing Shinobu appear to prevent you from approaching the castle. Once you make it inside, you'll have spear wielding Samurai to deal with. Avoid them as they twirl around and track down the Red Daimyo who attacks by hurling Ninjas at you. 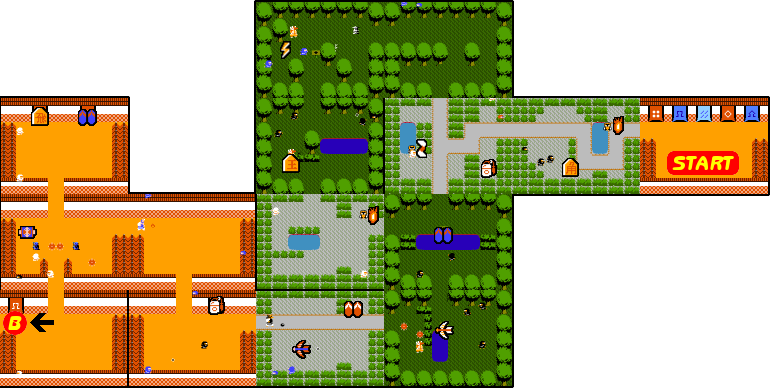 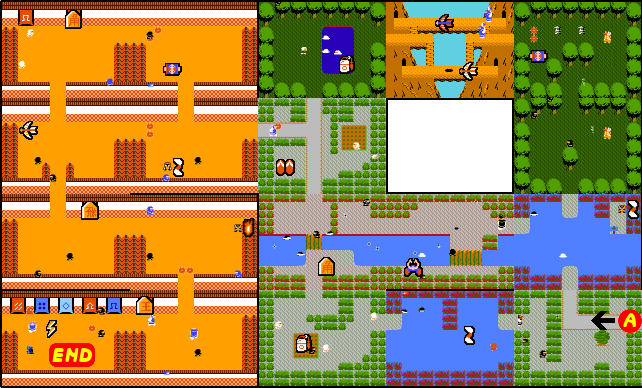 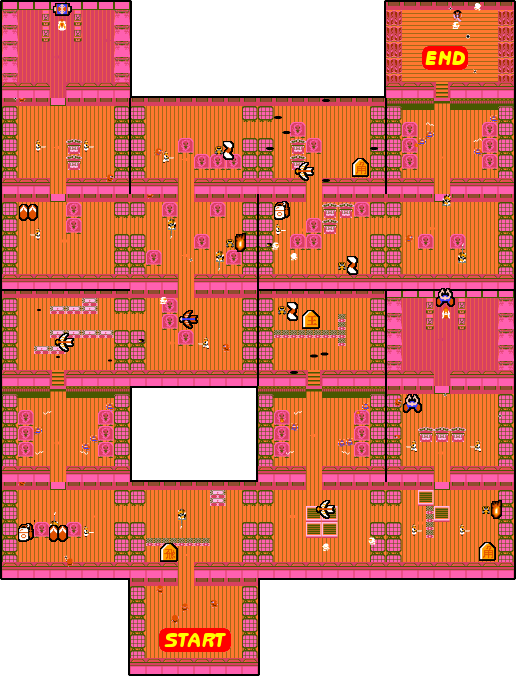