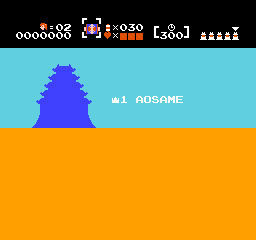 Takamaru's journey begins at the outskirts of the Blue Castle, Aosame. The castle is surrounded by low lying plains and a few rivers. The defense around and inside the castle is not particularly high, but it will train Takamaru for more difficult encounters to come. He will only encounter bomb throwing Shinobus when he gets close to the castle, but they will arrive much sooner later on. The biggest danger that Takamaru must face inside the castle are sword wielding Samurai that must be quickly attacked twice in order to defeat them. 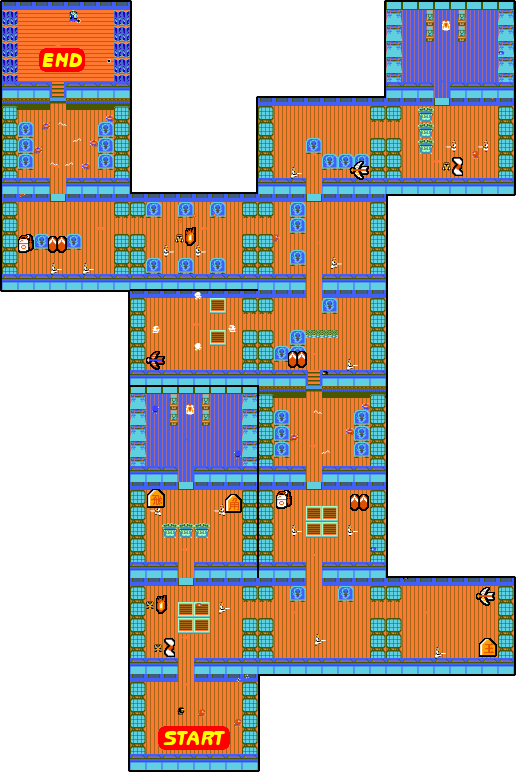