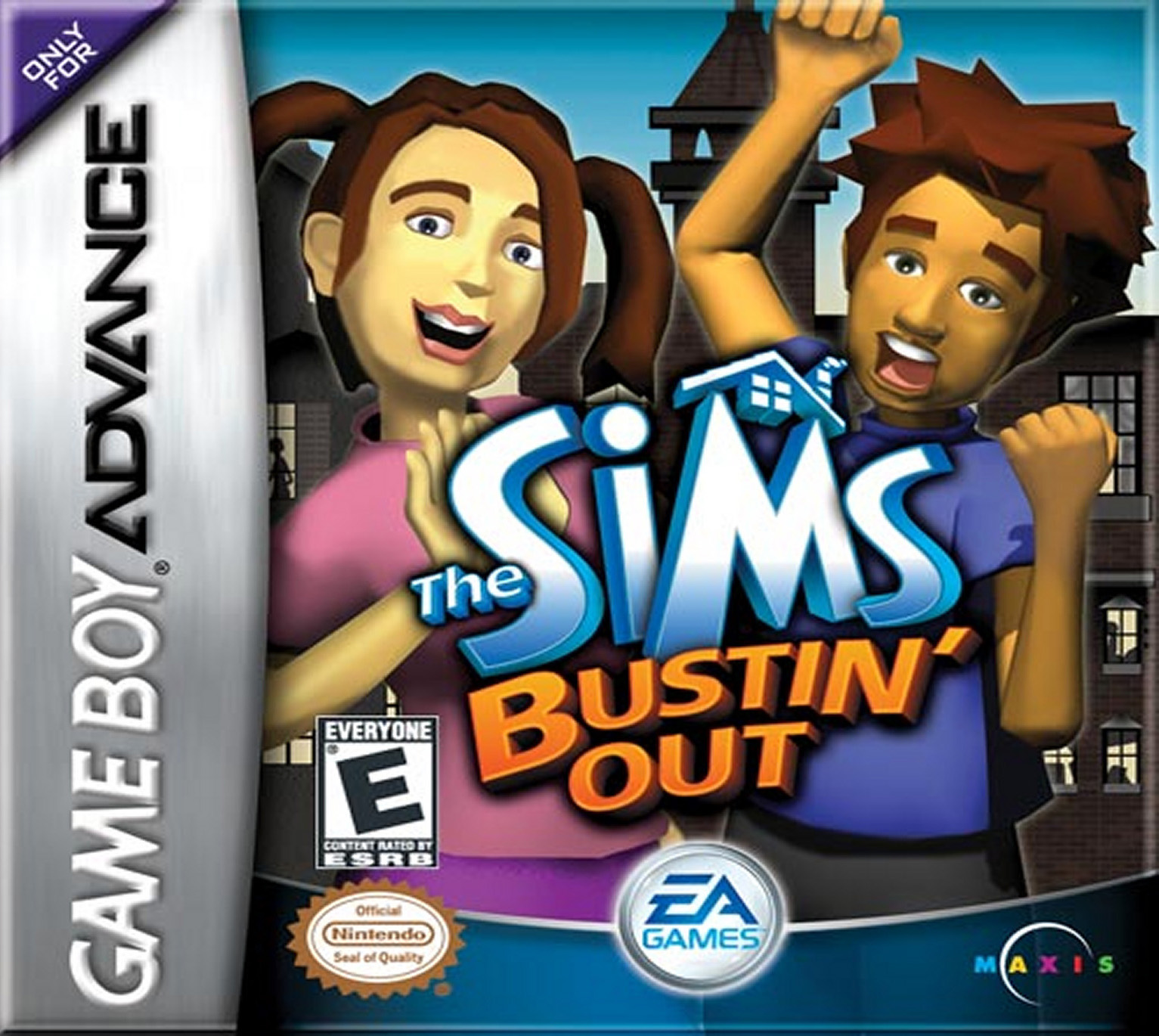 This guide is for the Game Boy Advance version. For console versions, see The Sims: Bustin' Out.

The Sims: Bustin' Out is the first title in The Sims series for the Game Boy Advance. Bustin' Out in the fourth quarter of 2003. As the title suggests, Sims can get out of the house to visit other locations such as Shiny Things Lab or Casa Caliente. There are two modes. Bust Out Mode which has mission based gameplay and Freeplay Mode which is open-ended gameplay very much like the original The Sims PC game.

The Game Boy Advance version puts the player's Sim in a place called "SimValley" for summer holiday. Like the console version, gameplay is objective-based - every time the player completes a series of tasks, the game is allowed to progress. In this game, there are no furnishing objects to unlock. Instead, the player must complete all tasks to unlock new houses. Deviating from the "point-and-click" selection process heretofore used in every Sims title, this version allows the user to control their Sim directly, using the GBA's directional pad.

There are various locations Sims may visit throughout the course of the game. As Sims advance through the game, new areas become accessible. In the console version, new social interactions may be learned at a particular location. In the GBA version, new mini-games may be unlocked in certain areas.