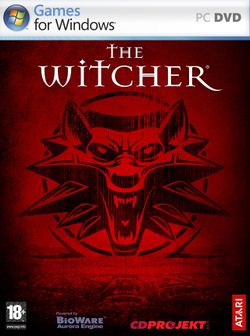 The Witcher is a role playing game developed by CD Projekt RED, and is based on the series of books by Andrzej Sapkowski. The game was first published by Atari in October 2007, with an enhanced edition released in September 2008.