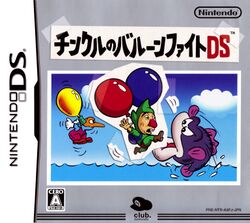 There are three modes on this game:

editTingle series↑ The Legend of Zelda