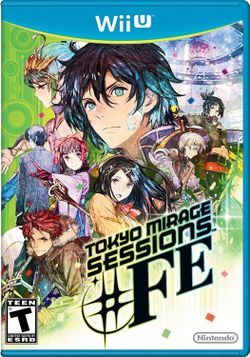 Tokyo Mirage Sessions ♯FE is an RPG developed by Atlus and published by Nintendo for the Wii U. The game combines elements of Atlus's Shin Megami Tensei series and Nintendo's Fire Emblem series. The plot follows a group of Japanese idol singers and actors who ally with otherworldly spirits called Mirages (who are based on characters from Fire Emblem games) to become "Mirage Masters" and battle evil Mirages who seek to steal people's creative energy, or "Performa". An enhanced port will be released on the Nintendo Switch in January 2020 under the name Tokyo Mirage Sessions ♯FE Encore, containing additional content and features.