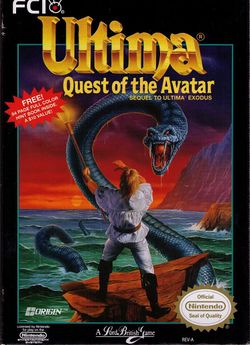 It is the first in the "Age of Enlightenment" trilogy, shifting the series from the hack and slash, dungeon crawl gameplay of its "Age of Darkness" predecessors towards an ethically-nuanced, story-driven approach. Ultima IV is different among role-playing games in that the game's story does not center on asking a player to overcome a tangible ultimate evil.